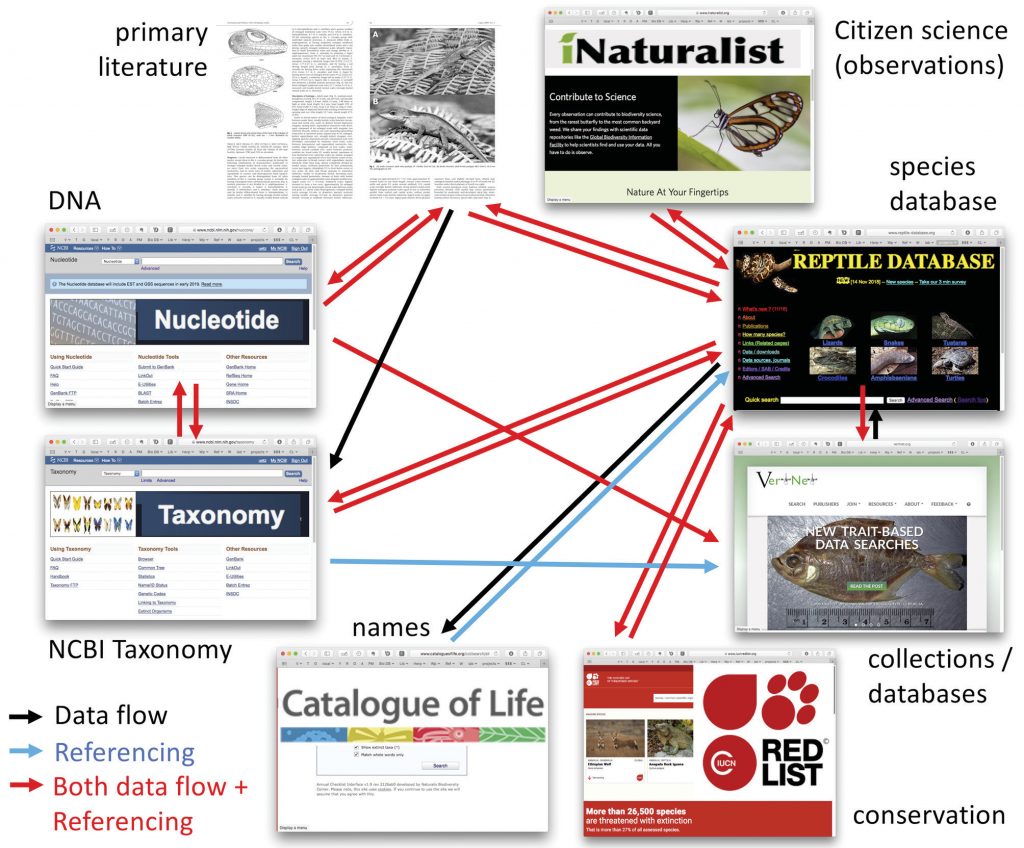 We compared the species names in the Reptile Database, a dedicated taxonomy database, with those in the NCBI taxonomy database, which provides the taxonomic backbone for the GenBank sequence database. About 67% of the known ~11,000 reptile species are represented with at least one DNA sequence and a binary species name in GenBank. However, a common problem arises through the submission of preliminary species names (such as “Pelomedusa sp. A CK-2014”) to GenBank and thus the NCBI taxonomy. These names cannot be assigned to any accepted species names and thus create a disconnect between DNA sequences and species. While these names of unknown taxonomic meaning sometimes get updated, often they remain in GenBank which now contains sequences from ~1,300 such “putative” reptile species tagged by informal names (~15% of its reptile names). We estimate that NCBI/GenBank probably contain tens of thousands of such “disconnected” entries. We encourage sequence submitters to update informal species names after they have been published, otherwise the disconnect will cause increasing confusion and possibly misleading taxonomic conclusions.