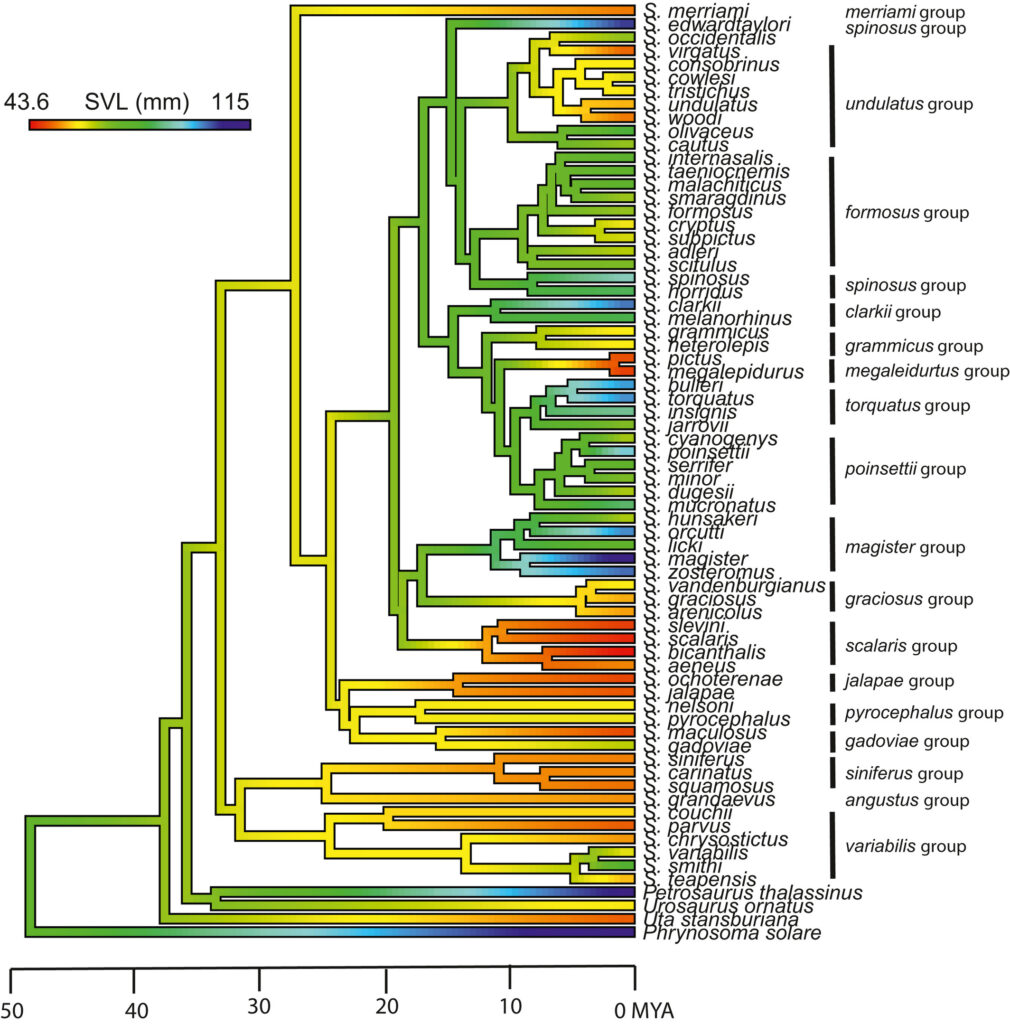 As shown from several long‐term and time‐intensive studies, closely related, sympatric species can impose strong selection on one another, leading to dramatic examples of phenotypic evolution. Here, we use occurrence data to identify clusters of sympatric Sceloporus lizard species and to test whether Sceloporus species tend to coexist with other species that differ in body size, as we would expect when there is competition between sympatric congeners. We found that Sceloporus species can be grouped into 16 unique bioregions. Bioregions that are located at higher latitudes tend to be larger and have fewer species, following Rapoport’s rule and the latitudinal diversity gradient. Species richness was positively correlated with the number of biomes and elevation heterogeneity of each bioregion. Additionally, most bioregions show signs of phylogenetic underdispersion, meaning closely related species tend to occur in close geographic proximity. Finally, we found that although Sceloporus species that are similar in body size tend to cluster geographically, small‐bodied Sceloporus species are more often in sympatry with larger‐bodied Sceloporus species than expected by chance alone, whereas large‐bodied species cluster with each other geographically and phylogenetically. These results suggest that community composition in extant Sceloporus species is the result of allopatric evolution, as closely related species move into different biomes, and interspecies interactions, with sympatry between species of different body sizes. Our phyloinformatic approach offers unique and detailed insights into how a clade composed of ecologically and morphologically disparate species are distributed over large geographic space and evolutionary time.