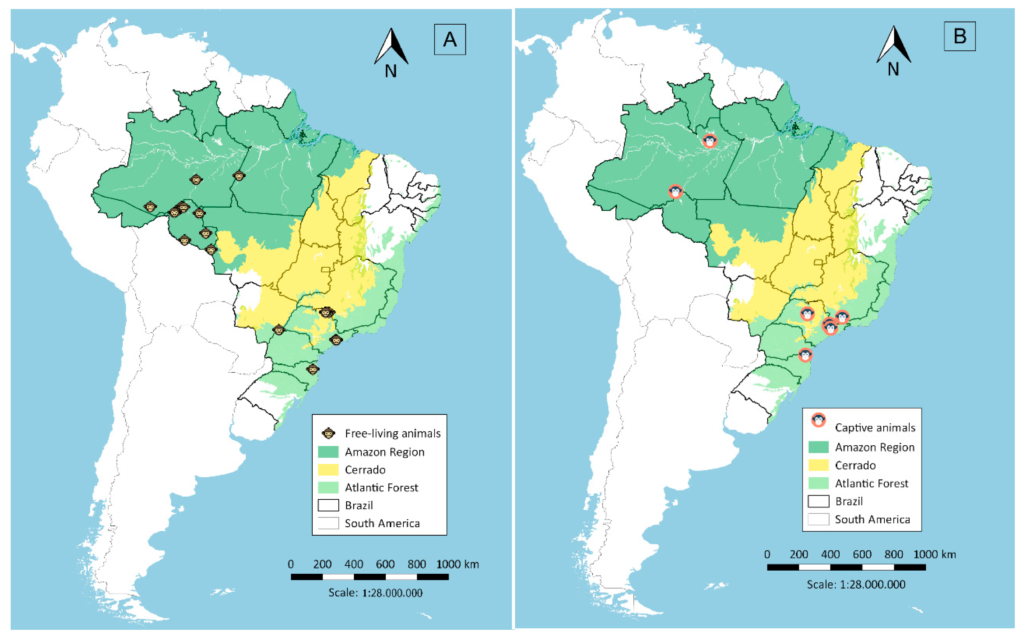 Non-human primates (NHPs) have been shown to be infected by parasites of the genus Plasmodium, the etiological agent of malaria in humans, creating potential risks of zoonotic transmission. Plasmodium brasilianum, a parasite species similar to P. malariae of humans, have been described in NHPs from Central and South America, including Brazil. The merozoite surface protein 1 (MSP1), besides being a malaria vaccine candidate, is highly immunogenic. Due to such properties, we tested this protein for the diagnosis of parasite infection. We used recombinant proteins of P. malariae MSP1, as well as of P. falciparum and P. vivax, for the detection of antibodies anti-MSP1 of these parasite species, in the sera of NHPs collected in different regions of Brazil. About 40% of the NHP sera were confirmed as reactive to the proteins of one or more parasite species. A relatively higher number of reactive sera was found in animals from the Atlantic Forest than those from the Amazon region, possibly reflecting the former more intense parasite circulation among NHPs due to their proximity to humans at a higher populational density. The presence of Plasmodium positive NHPs in the surveyed areas, being therefore potential parasite reservoirs, needs to be considered in any malaria surveillance program.